Breakfast at the Pantheon 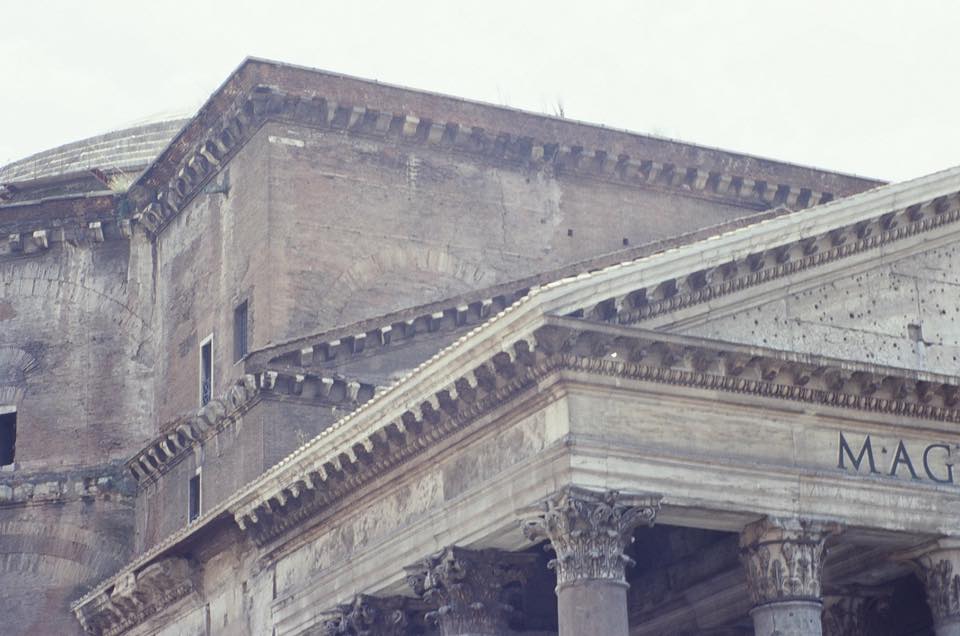 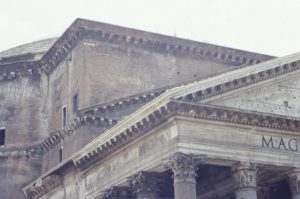 Dad had been in Southern California for six months and he was just starting to feel alive again when he declared one summer morning out of the blue that while Gianni was in New York visiting his mother and sisters, we should travel to Vietnam “for the food.” After weeks of military-like preparation, we spent July 4th on the Mekong Delta — the famed river spanning Vietnam and Cambodia/Laos. I hired a young guide, who was very taken with this crazy, bulletproof father/son team and did whatever we told him — the law be damned. We never figured out his name, so we called him Jerry in honor of our buddy in New York.

Me, Dad, and Jerry took on the personas of characters in the film, Apocalypse Now, while we were boating down the Delta. To be honest, my Marlon Brando imitation often slipped into Don Corleone, so Dad kept yelling at me to get back into character. Critics. A few days later, we headed for the belly of the beast — Ho Chi Minh City (formerly Saigon) — with a suite in a swanky French hotel and back-to-back restaurant reservations.

We took in a few great meals before the famed Saigon pollution set in and Dad started showing signs of pulmonary distress. I worked the Internet and a few hours later we bolted from our ornate French hotel for the beaches of Nha Trang on Vietnam’s central coast, leaving poor Jerry behind.

En route to Nha Trang, I was pushing Dad through a small airport in a place we shouldn’t have been when guards leveled their carbines at either side of my head. “I’m his doctor,” I yelled without slowing, nudging one of the boys out of our path as Dad tried to kick the other. We lost them at a trot, laughing our asses off, Dad cursing at the boy soldiers. A few hours later we were at a yacht club on the water drinking beer and eating succulent spring rolls without a cloud in the sky — mocha-skinned Asian girls in bikinis as far as the eye could see.

Another ten months in idyllic Southern California brought a nice rhythm to our lives, but anticipated medical setbacks as well. By that time Dad was on oxygen around-the-clock. Nevertheless, it shouldn’t have surprised me when dozens of books about Italy showed appeared on the front stoop. The Old Man had been lobbying to go to Tuscany for the remainder of the summer. Dad insisted we stay in a villa just outside of Pienza where he used to take my mother.

Typical of Jimmy, he starts pushing the envelope, insisting on adding a week in Rome to the trip. I remind him that he could very well die making such a journey, and that moving him took so much equipment and coordination that it was closer to a military operation than a vacation. You guessed it. “I’m starting to think you’re not my son.” When he gave me his ultimate rationale, any further argument was useless. “Kid, when I’m dead, I’m fucking dead.”

A few months later, I am leading airport security escorts up the galley elevator with my father in a portable checkerboard designed wheelchair. I’m carrying the critical steel medical supply briefcases, as Dad holds a portable O2 compressor on his lap. Jimmy is dressed in colorful PJ bottoms, an Arrogant Bastard beer long tee and a tan cap. No one would ever guess that the famed trial lawyer is the man under that cap.

We make our way to two side-by-side business class seats and begin the long, careful process of getting Dad comfortable, stowing all the overhead gear and tagging the wheelchair for the luggage hold. I wave off any help to do it myself, well versed in the efficiencies of this complex drill. I tip everyone and we settle in. When traveling with Dad, it was critical to carry a minimum of 100 ten-dollar bills. You can’t pull an operation like this off without plenty of help, so everyone gets a $10-spot. Have a cigar you’re going to go far.

A steward comes by and we order grey gooses, club soda and limes. We are the first people on the plane. It will be another 45-minutes before the plane pushes. United and Continental had just merged, and we are on an ancient wide body jet. There wasn’t even a cigarette lighter outlet in the cockpit. Dad is busting for breakfast at a cafe near the Pantheon after a first leg from Los Angeles to NYC.

One glance at my pale father and I know something’s not right. I pull a blood/oxygen meter from my blazer and put it on his dad’s index finger. The numbers are alarming. I go to re-power the unit with no success. “Shit,” I exclaim, while Dad looks out the window, humming. I know what he’s thinking: “My son is always making a fuss.” I had put two new $500 Siemens batteries in the compressor at the gate. I try everything. Nada!

I put in the batteries we used on the first leg and the unit powered up. I make some calculations in my head and gather my strength to break the news.

“You’re kidding? Fuck that. I’m having breakfast at the Pantheon, man. You’ll think of something … you always do,” he said. “Wait til we’re three hours out, then they can’t turn around,” he advised.

There’s no arguing with him. I lower the compressor level to two liters and take a nap. I may as well rest now, I figure, because all hell’s going to break lose in three hours. Dad reads from his iPAD a while and naps. At the 3-hour mark, I go to the cockpit and explain the situation. They patch-in a service every airline depends on in medical emergencies — Medlink. The Medlink docs are professional, but fearful.

“Look,” I assure them after a full medical briefing, “I know everything there is to know about oxygen. You must have onboard tanks in case of emergency decompression for the pilots.” They confirm that they have 8 tanks. “If I leave you with 500 psi in each tank, that’s plenty in case of an emergency.”

“Don’t worry, we’re all set,” I tell Dad upon returning to our seats.

“You’re a first class fucking maniac, you know that?”

When the first of the large gunnery metal tanks arrive, Dad starts to bitch when he sees that he has to wear a full facemask. Bingo, just then the compressor on the floor shuts down; Dad would have been dead within the hour.

We streak over the Med at sunrise and hit the tarmac at Fumichino hard. Immediately, the plane’s breaks fully engage and we come to a screeching halt, surrounded by ambulances, police vehicles and fire trucks. Emergency personnel start coming on to the plane through an emergency door. “Shit,” I say. “They’re here for you — they are going to want to take you off.” Dad starts screaming into his mask. It sounds like this: “FUPK EM MEATING AT DA PANTEEEN,” which means “FUCK THEM, I’M EATING BREAKFAST AT THE PANTHEON!”

I assure everyone that my patient is stable and can wait until everyone else deplanes. I sign some papers and the plane moves to the terminal.

Suffice it to say that one hour later, Jimmy is sipping an espresso at a cafe on the Pantheon, happy as a clam, without a care. I’m downing beer and shots of grappa as fast as humanly possible to calm my shattered nerves.

As we start to head for the hotel, Dad’s wheels get stuck in between cobblestones. When I attempt to pull him out with all my strength, my right bicep tendon tears, bringing me to my knees. I had rented a large 5-speed manual wagon to drive from Rome to Tuscany. I would learn to drive and shift with my left arm, a relatively minor problem compared to what the near future held for us.

We checked into a little boutique hotel off the square and I started the usual drill of unpacking the medical cases of drugs, machines, powered converters, you name it. Dad was resting comfortably when all the power in the hotel died. Our machines had blown the main fuses. I quickly rounded up every hotel engineer and manager, who succeeded in getting the power up. Five minutes later, everything went down again, and one of our nebulizers started to smoke. I went to the electric room and to my horror, I saw that this boutique hotel — charming as it was — had never upgraded and was running on glass fuses. While the engineers scrambled, I ran to a little hardware store a few blocks away, explained the situation and bought every glass fuse in the store. The owner promised to order as many fuses as he could for the next day. I walked into a Pharmacia around the corner, grabbed a nebulizer off a shelf, threw 300 euro on the counter and ran — my dead arm hanging like Quasimodo — as the pharmacist yelled after me “prescription, prescription.” I love Italians.

Making it home from the Old Country was close to a miracle. It took ten days in the hospital at UCLA and a good long while after that before Dad could make it downstairs for dinner. No matter, I brought him piping hot plates of his favorite foods and a little wine while we watched the Knicks, or a movie, or just talked.