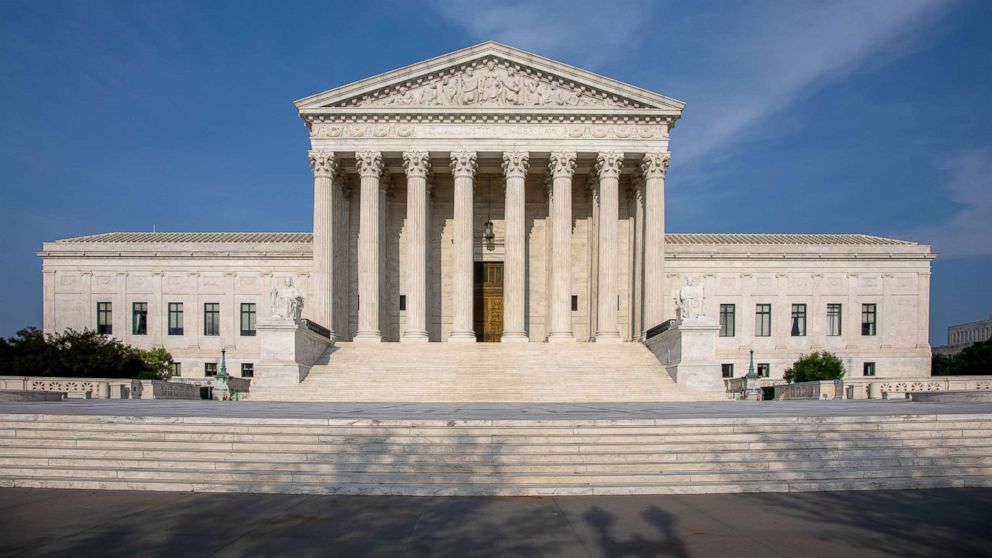 Dad’s appointment to the U.S. Attorney’s Office in the Eastern District of New York was a blessing in disguise for a reason that would not immediately present itself. My mother once told me that Dad threw up every morning during his first year as a prosecutor.

Yet, Jimmy quickly gained a reputation for his toughness and work ethic. Crimes such as truck hijacking, counterfeiting, and money laundering were in high gear in the early 1960s and Jimmy took them all on. He studied the way the great Federal District Court judges in the Eastern District conducted themselves. These grizzled old warriors were the final arbiters of what was cruel or fair, right or wrong, who lived and who died. Dad slowly gained their respect and learned the ways of criminal law in the only city that mattered in those days.

Dad was relatively low in the vast hierarchy of the U.S. Justice Department, but he somehow came to the attention of the U.S. Attorney General himself, Robert F. Kennedy. Jimmy had been a New York Tammany Hall volunteer for John’s presidential campaign in 1960. He was standing next to the Democratic nominee, John Kennedy, as well as Mrs. Kennedy and Robert, as John struggled to get into the back of a convertible to ride through Wall Street. When Dad tried to assist him, a Secret Service agent ordered Jimmy to withdraw his hand from the candidate and he quickly complied. In doing so, Dad made light of the situation in such a way that both John and Robert broke into laughter. The Kennedys took a shine to the big-eared ex-Marine with a lightning-fast tongue.

Jimmy would sometimes field calls directly from the Attorney General’s office, bypassing his own boss, when the issue was politically “sensitive.” I can only guess that Robert not only viewed Dad as a cunning young trial lawyer, but he also thought of him as a “true believer”—a loyal “political appointee” who would follow orders.

By 1963, the era of skyjackings had begun, and the White House took an aggressive stance. The AG’s office had the green light to prosecute crimes committed in the sky with all due prejudice.

When the conference room phone rang one late afternoon, Dad first thought the guys were pulling his leg when it was announced that Washington was on the line for him. He went to his office and closed the door. Except for that one time at the Wall Street parade with President Kennedy, Dad had not laid eyes on Robert, much less fielded a call from him personally.

A woman’s voice: “Mr. LaRossa, the Attorney General is on the line.”

Dad could not have known that two of his worlds were about to collide.

Many of the men who served in the Korean War lionized the older men who had fought in World War II. While Dad was in Okinawa, he made it a point to befriend these career soldiers and sit with them as they volunteered personal accounts of the war that saved the world as we know it.

The fact pattern presented to Jimmy was as follows: A first-class transatlantic passenger had gotten so inebriated that he urinated on a food cart and assaulted the copilot when he tried to intervene. This man just happened to be a highly decorated veteran of the Second World War. No matter. Jimmy was about to get the marching orders he had always dreaded from The White House: “Throw the book at this guy.” Dad’s principles were colliding head on with his instructions.

“I’m aware of the incident, Mr. Attorney General,” my father said to Kennedy. “The man was a recipient of the Purple Heart and Bronze Star for bravery in the Pacific Theater in the Second World War. There must be mitigating circumstances. Please let me look into it.”

The AG was firm. Jimmy begged. “Please, Bobby, not this guy. He must have snapped.”

“Take him out for the max,” Kennedy said. “That’s why I called YOU.” The line went dead.

Dad vomited into his garbage can and left the building. This was the blessing in disguise.

The next week, Dad did what was ordered of him. The judge had to remind him to speak up, which was out of character. He never once stole a glance at the defense table. For all intents and purposes, the decorated veteran’s life was over upon conviction.

According to my mother, the first time she ever saw Dad cry was the night the drunken war hero was sentenced. He got the maxi- mum, just as Bobby had ordered. Jimmy would not shed tears like that ever again. His days as a prosecutor, he decided, were quickly coming to an end.

The first time I saw my father cry was the night Robert F. Kennedy, then a candidate for president, was assassinated in Los Angeles. I guess Dad had forgiven Bobby by then. (My father lent me the first biography I ever read, Arthur Schlesinger’s Robert Kennedy and His Times, when I was thirteen.)

Throughout his life, Jimmy used a singular phrase to show someone his ultimate disdain, and I’m sure those words were on his lips the day he left the prosecutors’ office to join the defense bar. “Fuck them and the horse they rode in on.” And that was that. Chapter over.

Dad began to distinguish himself as a smart, hard-working defense lawyer. For his spirited defense of Daniel Motto, the head of the Baker’s Union, Dad received accolades and good press. Motto had been charged with funneling bribes to the New York City Water Commissioner, James Marcus, a stool pigeon who cooperated with the government.

But it was a seemingly everyday case that first propelled Jimmy into the history books. In fact, a case called Giglio v. United States became one of Dad’s most cited cases because he won it in front of the Supreme Court of the United States. John Giglio (Jill-E-O) stood trial for passing forged money orders in a case presided over by Federal District Court Judge Manuel Real. This seemingly ordinary case took a drastic turn when Jimmy cross-examined Robert Taliento, the only government witness to implicate his client.

Taliento, under oath, asserted again and again that, in return for his testimony, he had received no government promises that he would not be indicted. The United States Attorney, in his summation to the jury, flatly asserted the same. Giglio was convicted.

During his preparation of an appeal, Jimmy discovered that an assistant U.S. attorney named Anthony DiPaola, who was originally assigned to prosecute Giglio but was subsequently reassigned, had expressly promised Taliento that if he testified against Giglio, he would not be indicted.

For a former prosecutor, this was tantamount to waving a red cape in front of a bull. The way Jimmy and his brilliant young associate at the time, Gerald (Jerry) Shargel, framed the appeal, this case would not just challenge Taliento’s perjurious testimony, but it would redefine the parameters of prosecutorial misconduct for the next century.

Coincidence and happenstance are synonyms that revolve around a universe similar to that in which my father orbited. Jimmy’s life was a series of coordinated spikes of unbridled luck and pure happenstance. He was just thirty-nine years old when Giglio mad history in 1971.

By sheer coincidence, Dad was appearing a year later in front of the same Judge Real, the original Giglio trial judge, when the clerk of the Supreme Court of the United States called Judge Real’s chambers. When the judge stopped the proceedings. Dad was as confused as anyone.

“Mr. LaRossa, you have a call in chambers from the clerk of the United States Supreme Court. Please proceed to chambers.”

Judge Real stood in the doorway as Jimmy picked up the telephone.

“Mr. LaRossa, this is the clerk of the Supreme Court. The high court is pleased to inform you that your Writ of Certiorari in Giglio v. United States has been granted. Oral argument will be set before the Court at its October term, 1970, in Washington, DC. Congratulations, sir.”

Jimmy cupped the phone and looked back at the wide-eyed judge, who was about to become famous as the Giglio trial jurist who was overturned by the U.S. Supreme Court.

The Madison in Washington, DC, is a classically beautiful hotel a short cab ride from the high court. Dad, Jerry, and another young associate, Ronald P. Fiscetti, rehearsed Jimmy’s argument for the better part of an entire day. Though just eleven, I was allowed to listen. (I can’t help it if I’m lucky.)

Dad had it down. The only thing that worried him was the seating arrangement for the justices, which he scrupulously memorized from left to right.

The marshal made his formal address to the packed court: “Oyez, oyez, oyez! John Giglio, Petitioner, v. United States of America.” Chief Justice Burger called the proceedings to order. Erwin N. Griswold, the solicitor general of the United States, would speak in defense of the government. Jimmy was up first. The case he was about to argue and win by a unanimous decision would change American criminal law forever and will continue to be cited in thousands of local, state, and federal courthouses long after I am dead and gone.

When the room quieted down, the marshal called out: “Mr. Chief Justice?”

Disgusted by the bullying and dissembling government he had gladly gone to war for, James M. LaRossa Esq. stood to address the high court.

That morning in the vaulted courtroom with him in DC, like so many others involving Jimmy, is imprinted in my mind’s eye. I recall that my father’s authoritative baritone was measured and calm throughout the lengthy oral argument. I could see plainly that the justices were visibly animated while Jimmy spoke.

As they peppered Dad with questions, it was clear that Burger, Blackmun, Brennan, Douglas, Marshall, White, and Stewart had met their match. These black-robed jurists, each of whom already occupied an integral part of U.S. judicial history, seemed to revel in the legal jousting with Dad.

When it was all said and done, Chief Justice Burger, writing for a unanimous court, reversed the conviction and agreed with Jimmy’s argument that evidence of the government’s “secret” agreement was indeed relevant to the witness’ credibility.

From that moment on, Giglio v. United States, took on a life of its own. In fact, the term “Giglio material” is still used to refer to any information pertaining to deals that witnesses in a criminal case may have entered into with the government. And “being Giglioed” is what happens when a law enforcement officer is found to have lied or purposefully omitted pertinent information to a court of law.

The day he walked into Jimmy’s office, Giglio was a journeyman mobster of little repute. Like so many people lucky enough to be swept into Jimmy’s orbit, it no longer matters, nor will it likely be remembered, what criminal rung the forger ever occupied. Only one thing counted when it came to my father: John Giglio walked out a free man. (www.oyez.org/ cases/1971/70-29)