Family/Loyalty in Last of the Gladiators 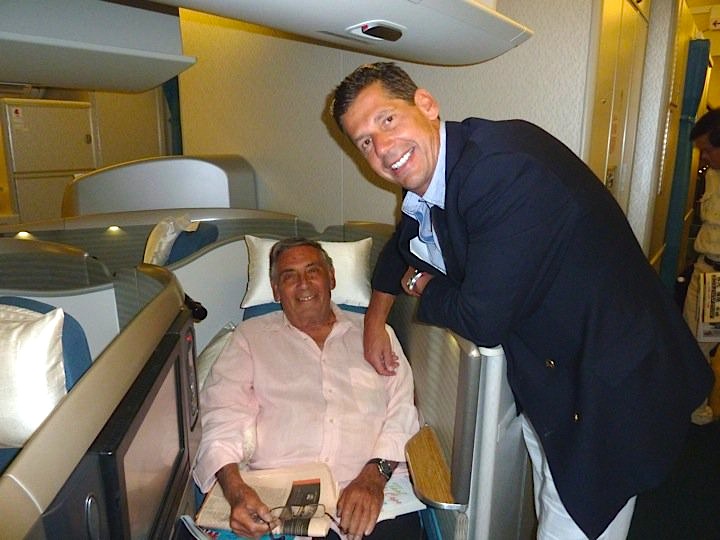 “For almost five years, my father refused to die so that he could enjoy the dinners I would make for him. While we ate, we retold the stories of our lives. That was the way we hung on to one another, day in and day out.”

“I can’t help being the lucky one. I was the namesake of a man blessed by the universe. Still, looking back, I don’t know how I skipped through it all without ending up like the hapless Sacco and Vanzetti.”

“Friends and family have thanked me for “saving” my father and “giving” him those last five years. The fact is, I didn’t save him—he saved me. I became a better man and father thanks to him—a more joyous, grateful, and grounded soul.”

“For more than fifty years, we were the dynamic duo—Batman and Robin, Don Quixote and Sancho Panza, Santiago and Manolin, the Green Hornet and Kato, Thelma and Louise. I was a sentence ahead of most people and he was four ahead of me.”

“Things just happened out of the blue with great regularity. Between Dad’s at-home antics and his frenetic day job’—the lawyers, guns, and money part of the equation—our lives were like a circus act without a net.”

“I was the son of a man blessed by the universe, and some of his luck rubbed off on me…I knew, somehow, at an early age, that I was living a unique life in my father’s wake. To this day, I often find myself saying out loud what I have often thought: That I just can’t help it if I’m lucky.”

“My upbringing suggested that the Ten Commandments existed as a kind of celestial test—to see if you could outwit them without being caught.”