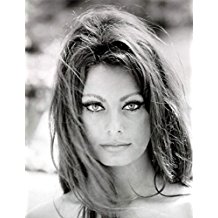 When Dad was well enough to come downstairs for dinner, I’d start cooking at four, head upstairs to clean him up, and he’d ride the mechanical chair down to the kitchen, yards of oxygen tubing snaking behind him, as I conducted “Hail to the Chief.” I’d push his wheelchair up to a perfectly set table, pour us Kettle One martinis and the games would begin. Often at the end of the night, I’d have to beg him to return to the safety of the master bedroom. Oftentimes, he wouldn’t get back in the mechanical chair until I had delivered a night cap to his bedside table. “I’m starting to think you’re not my biological son,” was a typical retort until he got his way.

One night we both had too much to drink and when Dad got out of the mechanical chair, he started to fall. I caught him and spun him on top of me before he hit the floor, where we laid for hours arm-in-arm, unable to move. Dad was snoring away when I heard the front door open. “MARTA, MARTA,” I called for our trusted housekeeper who ran up the stairs. “We fell. My legs are asleep. Push my feet, Marta and I’ll grab the rail.” All Marta could say in her light Central American accent was “YOU CRAZY GUYS. OH MY GOD … OH MY GOD.”

I couldn’t help but indulge Jimmy. He was dying, after all. And if push came to shove, he’d go to any lengths to get his way. He’d call the police and claim elder abuse and I’d find him sitting at the table drinking Borolo regalling the cops with stories. They’d throw the cuffs on me and put me in the backyard with the wild boars. When it came to women or food, he was the most cut-throat man I have ever known. I’ve never loved anyone as much and wanted to strangle anyone as much, as I did my Dad. If I could clone Bob Hope with Darth Vader I’d have my beloved father back!

At our local Whole Foods, if the deli guy was too slow in cutting the mortadella, he’d take the entire fucking thing and order me to push him out the door, the deli guy running after us. Not until Jimmy heard the requisite amount of begging would he give the poor slob his mortadella. It was like watching Sophia Loren in that great old movie out-argue the New York authorities at JFK when she was barred from bringing a mortadella from Italy.

Moving Dad anywhere took preparation and muscle. There was the wheelchair, oxygen, spare batteries, meds, and inhalers — even special tools in case the wheelchair broke. He loved being out in the sun and so did I. He’d sit with his iPad reading off the strand while I ran.

One of our first outings in Southern California was to the end of the iconoclastic, wooden Manhattan Beach pier to throw his platinum Cartier wedding band into the Pacific Ocean. Dad had heard enough betrayal from his ex-wife for a lifetime. After the ring had settled on the bottom, I locked the wheels on his chair and took the long jump off the end of the pier to celebrate. I swam back to a half dozen very angry lifeguards. I tried to explain the situation to them, told them to fuck off, and went to fetch Dad. As I wheeled him down the pier, the story had spread and a crowd gathered to applaud. Of course, Jimmy demanded to stop to take a bow.

“Are you married,” he asked a pretty middle aged woman. That was the first of many times I heard him propose to a complete stranger.

There’s a little restaurant and bar off the plaza housing the Apple Store in Manhattan Beach. Dad’s iPad had crapped out, so I left him at a bar table with a cold beer while I went to sort things out with Apple. When I returned, Dad had written a list on a napkin of all the places he wanted to go. It read, “Italy/Sicily, Vietnam, Paris, Hawaii and … Poland.” Sitting across from him, I was reading the list upside down, so I thought I had misread Poland. Jimmy confirmed that yes — he wanted to go to Poland. “Why Poland?” I asked. There had been a terrible tragedy the month before when, virtually, the entire leadership of Poland was killed when their plane went down en route to a memorial in Russia.

“I saw the funeral for those Polish politicians,” he explained, “and I’ve never seen so many buxom blonds in all my life.” I couldn’t help but laugh. “And now they’re single,” he finished.

“You’re a maniac, you know that?” I asked rhetorically and he’d smile that contented, slightly wicked smile of his.

The climate is not the only factor that makes Manhattan Beach a perfect place to live with advanced pulmonary disease. The town is chock full of newly divorced 40 year old blonds with breasts like expensive honeydew melons. I could often identify the breast augmentation surgeon with the most preliminary glance. Most importantly, they were local, which was critical because I could only leave Dad safely for about 90-minutes at any one time. These women all had horror story ex-husbands, so would delight at being cooked for and fawned over by Jimmy and me. I began to notice a pattern: If I brought the same woman over more than a few times, the famed trial lawyer would “advise” my friend that they were “probably settling” by going out with me and might be happier with an older, more sophisticated man. “He’ll take you to the beach,” he’d say, pointing to me slaving over the burners, “I’ll take you to the opera!” Have you ever wanted to strangle someone but you couldn’t because you were laughing too hard?