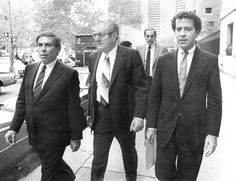 From the very first time I laid eyes on Carmine DeSapio as a little boy, the great Tammany Hall leader wore rose-colored glasses and seemed as old as Father Time. (He was forced to wear tinted glasses because of a chronic eye disease.) We’d meet at a gun club in Greenwich Village for Easter or for Thanksgiving dinner with DeSapio and Meade Esposito and all our families. The last time I saw him, in the late 1980s, he looked exactly the same, right down to the dark glasses, as he flirted mercilessly with my new fiancée.

I had just returned from living in Rome and smoked English Ovals. DeSapio begged a few off me and smoked them with obvious joy. When I heard he was sick some years later, I had given up smok- ing for good. New York had become an unfriendly place for smok- ers, having enacted strict anti-smoking laws for bars and restaurants.

Those two things would always be linked in my mind: the great old man’s passing from New York City politics, and The City’s new intolerance (as sensible as it was from a health standpoint). It signaled the end of an era that had begun with DeSapio, was carried on in spirit by Meade Esposito and my father and was dead as a doornail by the time another Italian-American, Rudolph Giuliani, emerged on the scene.

Dad was a Marine Corps officer in Korea when Giuliani was a kid, but despite their age differences, they had more in common than not. Like my father, Giuliani was a smart kid educated by the Jesuits. Both possessed natural oratorical and legal skills. Jimmy and Giuliani faced off more than a few times in Federal District Court in some of the most celebrated trials of the era. But there was no love lost between them, as politically motivated indictments became the cause célèbre of the day. As a former prosecutor, the new “atmosphere” that Giuliani brought to the mayor’s office, as effective as it may have been, was offensive to Dad, who was old school through and through.

It may not be altogether fair to blame the end of any collegiality between the defense and prosecution bars on Giuliani alone, but his rise as U.S. attorney in the Southern District ushered in an era when lawyers became targets along with their clients. For example, in order to keep Jimmy out of big Mob trials, the government often tried to claim that he was house counsel to a Mob family.

For the next fifteen years, numerous prosecutors modeling themselves after Giuliani tried to knock Jimmy out of trials by alleging, unsuccessfully, that he was house counsel to the Gambinos, Colombos, or Luccheses—a ridiculous assertion on its face. It was especially ineffective because, at the time, Jimmy was defending more lawyers, judges, stockbrokers, and politicians than mobsters. The lessons of Watergate were long forgotten, as prosecutorial overreach became a badge of courage among young, ambitious prosecutors who wanted to make names for themselves at any cost.

We all gave Rudy a pass after 9/11. His spirited defense of our beloved city was embraced by all of us, without exception. By that time, the pendulum had swung for good. The Mob was decimated, Tammany Hall was a quaint reminder of smoke-filled back rooms, and Rudy Giuliani, along with a man known throughout The City as “The Donald,” whom we severely underestimated as a buffoon, were taking us to a place we could not have remotely predicted when I gave Mr. DeSapio my last English Oval.