Historical Events in Last of the Gladiators 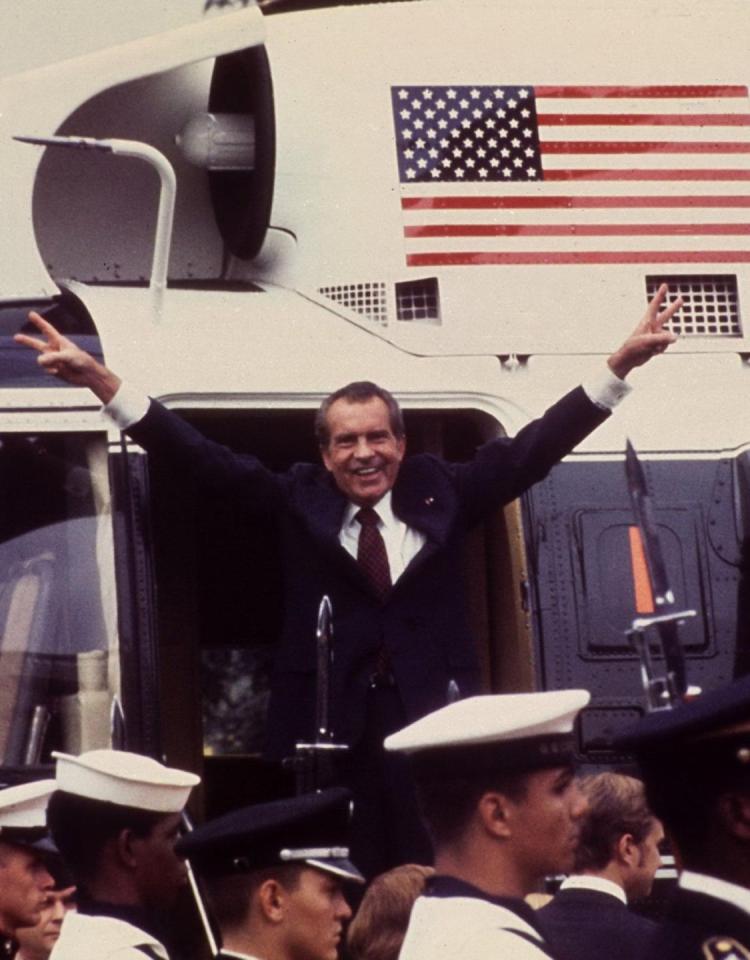 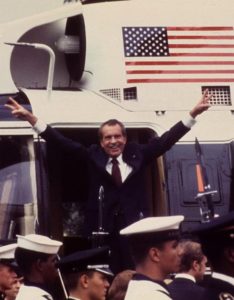 “The event that day was still a secret to me, but if you haven’t recognized the date yet—August 9, 1974—my father wanted me to watch with my own eyes as Richard Nixon, thirty-seventh president of the United States, walked to a Marine helicopter on the South Lawn of the White House, and disappeared into history to end the long national crisis called Watergate. There had been no coup d’état or revolution—just the majesty of American law working out one of the worst kinks of the twentieth century.

“Then there was the fight of January 28, 1974. There was Jimmy and me sitting ringside at The Garden while Muhammad Ali and Joe Frazier fought the second bout of their legendary trilogy. We were so close that when Ali blocked a glancing blow from Frazier with his arm, his sweat popped off his body with much of it landing on me.”

“The bass of the organ, the crowd, and the haze of smoke that hung in midair ripped through your body. It was like walking into a carnival…There was Clyde, Earl the Pearl, Willis Reed, DeBusschere, and Bill Bradley—in the flesh! I was flying with adrenaline and glee, and I think Dad was too.”

“By that time, the pendulum had swung for good. The mob was decimated, Tammany Hall was a quaint reminder of smoke-filled back rooms, and Rudy Giuliani—along with a man known throughout the City as “The Donald,” who we severely underestimated as a buffoon—were taking us to a place we could not have remotely predicted when I gave Mr. DeSapio my last English Oval.”

“I don’t quite remember how I found myself standing on the wharf trying to catch the eye of a pretty girl who must have been a production assistant on a film that had the whole town buzzing. The crew making Jaws was off that day and she stood next to the mechanical shark—nightmarishly emerging halfway out of the water, it’s mouth open and snarling like something prehistoric.”

“I had learned from my father to relish the newspapers every morning before starting the day in earnest, but it was Watergate and the thousands of conversations that followed—right up until the last week of his life—that solidified our lifelong standing as fellow political junkies.”