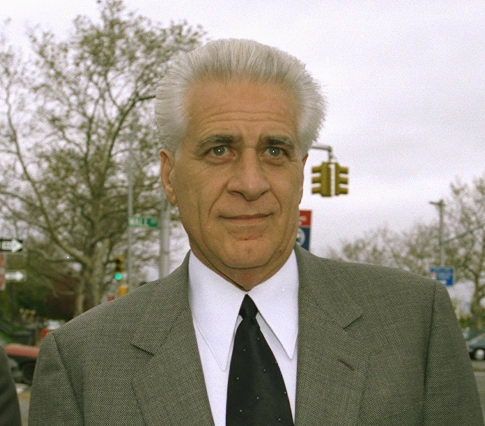 I had spent plenty of time with Paul Castellano over the decade in which Jimmy represented him. Make no mistake, he carried himself like the boss of bosses, but as a man — isolated from the burley fellows who tagged along — he resembled someone’s grandfather you might meet at a Bat Mitzvah. When it came to mobsters, though, the two scariest men I had ever met, bar none, were Joe “The German” Watts from the Gambino Family, and William “Wild Bill” Cutolo, who was a major player in the Columbo Family.

The last time I ever met Joe Watts could not have been more inopportune. In the winter of 200I I had, quite literally, run into Rao’s — a restaurant known for its “connected” clientele on a protected block of East Harlem — thinking I was to meet with Dad and some family friends.

I had the wrong week and Dad was having a Wednesday meeting with Watts and a collegue. Only the top echelon of made men had regular tables at Rao’s. Before Watts’ last trial, Jimmy made him swear that if he was acquitted, Dad could have Watts’ Wednseday night table as part of his fee.

Watts was a gangster’s gangster whose resume went all the way back to the reign of Carlo Gambino, for whom he served as hit man. Watts could never be made, or officially indoctrinated into a Mafia family, because he wasn’t Italian — but was nonetheless afforded the status of not only a made man, but a capo. Watts was so respected by Gambino higher-ups due to his ability to “earn” and do “work.” A true strong-arm enforcer, it was widely held that Watts was capable of virtually anything to get the job done.

In 1999, I built a new 10,000 square foot loft/office for MedWorks at Varick and Vandam Streets— giving me the perfect vantage of the Twin Towers two years later on 9/11. I had seen the second jet pierce through the south tower as I was talking to a cop on Canal Street. I was evacuating my office and shutting down the compressors when that building fell. Last hit, first to fall.

Later, as I ran to get my kids, I watched as the north tower fell into itself. I gave a bottle of water to an obese black woman who was vomiting and ran to get Sofia and Gianni at school. Juliana, who was a little more than 2, was with my wife, Maka.

For those of us in lower Manhattan after the tragedy, the smell of wiring, burning steel and flesh was a constant presence until the weather finally turned cold in late December. Someone told me once that clichés die hard deaths because they are rooted in truth, and so it was for me. My marriage was rocky before 9/11. When the sun set every night, I looked for a stool and a martini long before I thought of home.

So it shouldn’t have surprised anyone that I was tooling my new Audi 6-speed Bi-Turbo up to Rao’s on an icy late December night — more than a little sloshed. I somehow flipped the turn on 114th Street and hit a patch of ice. The Audi spun and spun and one of the tires blew. Somehow I came to rest at the curb directly in front of Rao’s. Unbeknownst to me, all the patrons inside had a good view of my loopy stunt.

In those days, if you parked at Rao’s and put your wipers up, these guys would come out of nowhere to spit shine your car. Mobsters are very fussy about their cars. I came within inches of taking one of these guys out. As the barman, Nicky the Vest told me later, “I was talking to your father and these bright white lights are coming straight at us. I thought you were going right through the front.”

I turned the car off, swung the door open and shouted to no one in particular, “Hey Mom, I’m home!” By that time Frankie Pellegrino, the owner’s son at the time, came out and grabbed me by the arm and helped my inebriated ass inside. Everyone was giving Dad the business by then.

Jimmy gave me the look thee minute I walked in. When I saw he was in the middle of dinner I realized that I had the wrong Wednesday. When Dad said, “You know Joe Watts and his friend …” I could have fainted. There in the flesh was the assassin himself. I greeted the men respectfully, begged a double vodka off Nicky, and headed for the bathroom to straighten myself up.

I must have slapped myself five times in front of that mirror. I found out weeks later that Dad came clean with Joe while I was in the bathroom — telling him that I was just blocks from the towers and had to run for my kids and I wasn’t taking it that well. That was all anyone needed to hear. All New Yorkers were still raw from that day.

I have never addressed a senior mobster by his first name, so it was “Mr. Watts this” and “Mr. Watts that.” A giant mistake that many citizens make in the company of these men, is to talk tough, so when his Lieutenant baited me with a question I could have answered flippantly, I said, “You know, Mr. Watts, the same thing happened to me at prep school in Greenwich CT.” Joe laughed hard. “I like this kid — always have.”

By then, Frankie Pellegrino had one of guys pulling the spare and changing the tire. I kissed my father and whispered apologies and then went around the table kissing the killers. “Sorry to drop in like this, fellas,” I said on the way out. I threw Frankie a $100 and bolted west for the closest avenue. The car would be safe in front of Rao’s. I jumped in the first cab. “Please, just drive,” I begged the man.