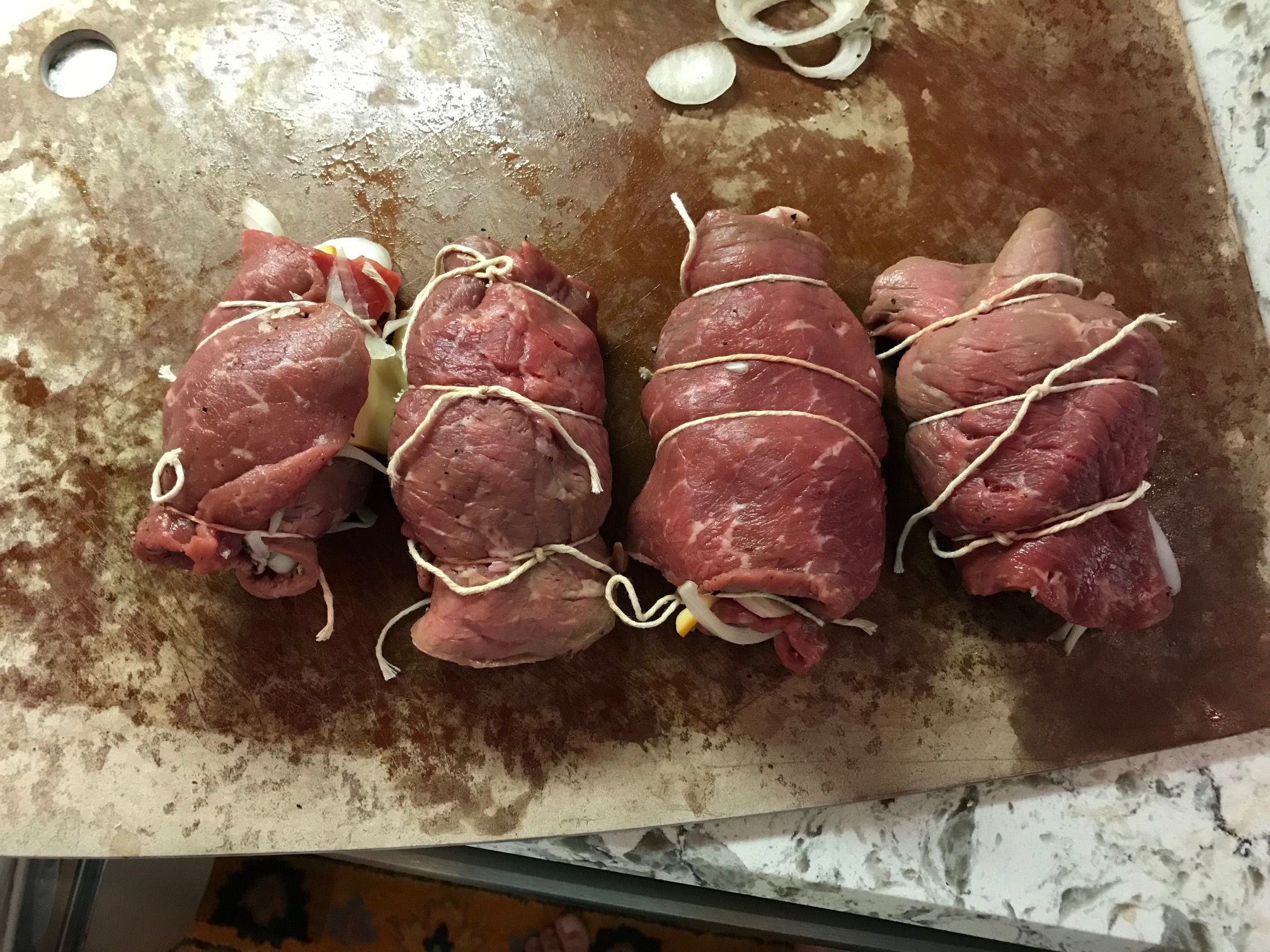 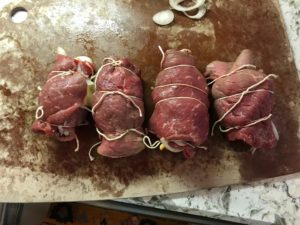 I had spent so long playing the character of Dad’s unstoppable type-A medical advocate that I mistakenly thought I was bulletproof. The torn left shoulder was a mere warning shot. I fell off ladders twice while the shoulder was healing, compounding the injury. I walked in a daze on hot sand (still on Vicodin for the shoulder) and burnt a foot so badly it necessitated surgery in my left leg to repair some collapsed veins. Finally, after a long run on an uneven beach, I lost all feeling in one leg and was hit with wrenching double nerve pain in the other leg. An MRI showed that the nerve bundles that run through the lower spine were completely occluded and I had met my arduous opponent: spinal stenosis.

I was the first patient on schedule for endoscopic back surgery at dawn in July 2017. When I was scrubbed and ready, the spinal surgeons at UCLA hospital had further reviewed the MRI and had concluded that the operation would be more dangerous than they had originally anticipated. They wanted permission to fully open the back to get better access to the spine. It was a tough, long surgery. I was bleeding so badly that they accidentally nicked my spinal cord, but were confident that they had repaired the damage.

I returned home after a few days. Within hours, intense pain and subsequent paralysis set in. The same Manhattan Beach paramedics that came once for Dad took me down my stairs on a sled and rushed me to a local hospital, where they didn’t know what to do with me. I was shaking with pain as two techs stuffed me flat into an MRI tube—the most painful position imaginable. After fifteen minutes of a scheduled one-hour MRI, I couldn’t endure another moment and they took me out.

Luckily, they had captured the image we needed. It showed that the surgery had gone haywire and I was bleeding internally. A private ambulance rushed me back north to UCLA Medical Center where I underwent two emergency surgeries within days of one another, resulting in a “natural” spinal fusion of my lower back. They put two large drains into my spine that filled every few hours. I was on a Dilaudid drip for ten days and have no memory whatsoever of seven of those days. (Dilaudid is stronger than heroin or morphine.)

Sonya, Sofia, and Gianni were at the hospital 24/7. My youngest, Juliana, was at school in Boston and had to stay put. I hallucinated for more than a week, communing with nurses posing as voodoo priestesses, ripping the IV leads out of my arms at regular intervals. I even escaped from my bed to steal a wheelchair to “take a tour of the ship” until the doctors put an alarm on my bed and posted a nurse in my room all night. I have no recollection whatsoever of any of this.

It was daylight of my third week in the hospital when I finally “awoke.” As the world focused around me, I thought I had been napping on my yellow couch in my New York City office. My son, Gianni, was sitting in a chair across the way. I introduced him to my new “secretary,” Caitlin, who was really the nurse who had just come on duty. Gianni and Caitlin played along.

“You must be hungry, son. Let’s go get some lunch.” I started to stir, anticipating a nice martini.

I was incredulous. MY SON REFUSING A MEAL? Impossible!

“Come on, we’ll call them from the restaurant. Let’s go somewhere nice.”

Gianni pulled his chair next to my “couch.” Only then did my fuzzy brain focus enough to realize that I was in a hospital bed. He put his hand on my shoulder, and the days and nights of my caged torture slowly began to crystalize. I didn’t need to ask him any questions—it all rolled out in my memory like an awful movie. I was struck by one fleeting image: of Sonya slumped to the floor, crying uncontrollably, unsure if I would ever walk again.

Gianni could see that something had changed in my demeanor. The party was over. I remember feeling dejected and my eyes welled up. “It’s OK, Dad,” Gianni reassured me again and again.

It was hard to ignore the obvious. There I was, hooked up to every machine possible, peering at my son with almost three weeks of beard growth on my face. How many hours had I spent looking at my father in that same position? In the irony of all role reversals, it dawned on me that the difference in my age from that of my kids was about the same age span between Jimmy and I.

For a brief second I could not face Gianni. I buried my head in my pillow and could see Dad’s face and I could clearly smell him. When he was walking into the Greenwich house with his beloved mother as I watched from the treetops in my last dream of him, I longed for one more moment. This was my moment. Voiceless words sounded deep inside me, and I knew.

Snapping back to reality, I gathered my composure and looked up at my big, strong lumberjack of a son. “Come on, Gianni, I want to walk.”

The nurse sensed my new sobriety and lowered the bed rail so I could swing my legs out.

“Anytime you are, Dad. Just take it slow.”

I felt my feet on the ground and pushed off the bed before I could lose my nerve.

Gianni grabbed me around my thin shoulders, while the nurse guided the two rolling IV stands and followed behind us. I held on to Gianni as tightly as I could. I did not know it then, but I had lost twenty-five pounds and was very weak. The first few steps were searing. Gianni knew I wasn’t about to retreat.

As we emerged from the room, I could see every eye at the nurse’s station turn to look at us. We held on to each other and slowly walked down the hall. Finally, we turned a corner where a bank of chairs and tables marked an empty waiting area. “Let’s sit down for a minute,” I suggested.

Recently, the kids had started referring to me as “Pops.” I thought they meant to honor the passing of a generation while breaking my chops at the same time. Perhaps, though, they were also trying subconsciously to get me to slow down and live at a reasonable pace. No need to worry—nature had certainly taken care of that.

With Gianni’s help, I stood to begin the long slog back to my hospital bed.

“You know,” I said to Gianni as I held tightly to his shoulders, “I think it’s time I taught you and your sisters my grandfather’s recipe for meatballs and sausages.”

“I hope you live long enough to teach me,” Gianni cracked wise, giving me the business. He had been so worried about me that it was good to hear a little irreverence in his voice.

“Well, you never really know, son, what the future will bring. But I wouldn’t bet against me. A lot of guys lost their shirts betting against your grandfather.”

“I know, Dad,” Gianni started, and then recited my mantra. “You just can’t help it if you’re lucky.”

I chuckled. “You just might be ready after all, my boy.”

He slowed his pace and turned toward me as if I was about to spill the secret of a lifetime, like where Jimmy Hoffa was buried.

“Ready—for what?” he blurted out excitedly.

While making the Mount Everest-like trek back to my room, I made the decision that circumstances warranted a “final recipe.” I would adopt the character of the most manipulative man I had ever known: my father. Powerful opioids coursed through my raggedy brain, but I made my decision, as I often do, by asking myself, what would Jimmy do?

“Can I have a few minutes to myself before Sonya comes?” Sofia and Gianni shuffled off to the cafeteria in a daze.

I made it to the bathroom, dragging one of the lighter room chairs and placing it in front of the sink. I piled towels on the chair so I wouldn’t slip. I somehow retrieved my bath kit to remove shaving cream, a razor, and as many blades as I had. It wasn’t going to be fun shaving this beard off with a razor, but after everything I had been through, there wasn’t much that could hurt me. It took some time and a lot of blades, but I emerged cleanly shaven. I even managed to rinse and comb my hair. I settled victoriously back into bed. CNN was giving me a welcome update on the news of the world.

When the hospital door opened, my momentary solace became an emotional three-ring circus. First, the senior spinal surgeon Dr. Martini & Rossi walked in. He had heard enough about me in the weeks after the botched first surgery to be scared; I was not the kind of guy to go gently into the night if he had crippled me. It would go very badly — like screwing up nose jobs on the Gabor sisters — lots of people would hear about it. It took three surgeries, but, somehow, I achieved a good result. When the surgeon saw me shaved and sitting up with a big smile, palpable relief spread throughout his being.

Then Sonya and the kids walked in.

I smiled that smile of Jimmy’s as I carried him home from Abe’s Steakhouse that night so long ago. He and I had exchanged knowing glances in the elevator just before the door to the apartment opened and my mother pummeled him with her lightning-fast fists for being out all night drunk. He had known what would happen, but he’d done it anyway.

At that moment in the hospital, I could see life’s intricate handiwork come full circle. The road that brought me to this moment was long and steep. In return, it gifted me the true knowledge I had always sought but was afraid to admit: I was a man blessed by the universe.

Jimmy was nothing if not lucky. And so, it seems, am I.