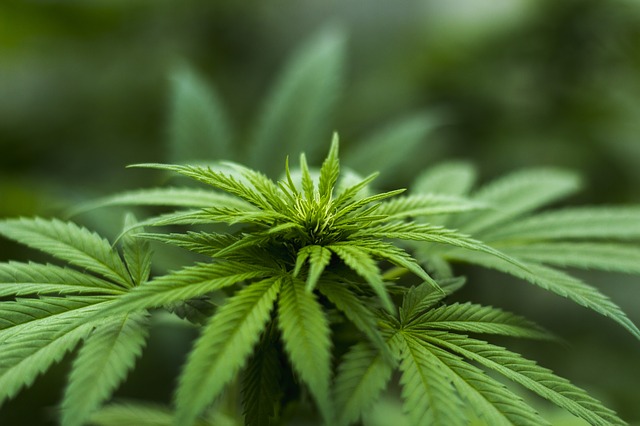 As we talked, it was clear that my son, Gianni, thought of cannabis as medicine, which soothed his anxiety and made both he and his friends more fun-loving. I kept that anti-drug promise I had made to my father when I was in my twenties. How to proceed presented a maze of dangers. So I did what I always do: I dug in and learned everything there was to know about the subject.

There is no doubt that California cannabis has nothing in common with the brown, seed-riddled pot I smoked as a kid. Today, medicinal cannabis growers are more likely to have a doctorate in biology than a prison record. Strains of indicas, sativas, and hybrids grown in highly controlled environments have been perfected to enhance mood, to improve sleep, or to reduce pain, among many other things. Some of these name brands are so sophisticated that full genome panels of each strain are widely available online.

There was no getting around the fact that Gianni’s teenage brain was still wiring up, so one of my goals was to utilize the type of strains that would discourage “checking out,” and to keep the smoking to a minimum by giving him the highest-grade cannabis. I knew he was highly determined, so I would not be able to stop him, which gave me few choices. This was my cannabis conundrum. So I concentrated on sativa strains like Blue Dream, Lemon Drop, Tangerine Dream, Lambs Bread, and Super Silver Haze. These strains are well documented to lift mood, enhance focus, and increase creativity.

My internist referred me to a sympathetic oncologist, who would do me the favor of providing the necessary documentation to acquire medical-grade cannabis. I swore Gianni and his best friends to absolute secrecy. They could smoke ONLY in the house when I was there and nowhere else. As long as Gianni maintained a B average in school, I would provide an eighth of an ounce every week (which increased over the years). I implored his friends to initiate open dialogues with their own parents about the matter.

When the boys gathered, I would lock down the house and keep a sharp eye out. The cannabis and paraphernalia was to be stored in my bedroom after they finished smoking. The license was in my name, so I would shield them if need be. The plan could have backfired if any of the parents discovered what I was doing, but I had no choice but to trust in them and give them a safe haven to experiment.

By February 2009, we had all moved to the new house with Dad. As they got older, the Stoney McBoney group grew, so I could not keep what was going on from my father. Dad could not fathom how I could be so reckless, no matter how many times I attempted an explanation. Nevertheless, when it came to my kids, Jimmy (or Pop-Pop as my kids referred to him) and I had agreed that I would have the final say. I coached the boys to be level-headed, considerate, and, above all, quiet. My headstrong father never let up on me, but I had made my decision and that was that.

My father was a thorn in my side when it came to my children. He could be a controlling and despotic taskmaster about how they conducted themselves. He could never be a “dotting granddad”—that was evident. But his highly critical monologues, often within earshot of the kids, had me in a state of chronic damage control. He could be intimate and loving one minute and dolorously cruel the next. He often interspersed his “opinion” about where to attend college, or how to set the dinner table with unnecessarily biting personal critiques that had me playing defense for days at a time. I chalked-up these moods of his to the laissez-faire way in which he raised me; he was making up for the lost time of my childhood in which he tried case after case after case and was rarely home. Luckily for us all, Pop Pop’s spikey moods would disappear as quickly as they had reared their ugly head and we would all return to our brilliant lives of peace and harmony.

Seven years later, I revisited those days. Gianni’s twenty-first birthday was bittersweet without Pop-Pop. I was on the balcony finishing a big birthday barbecue. When I stepped into the living room to take a head count to make sure I had enough food, I realized that all six of Gianni’s closest high school friends were in attendance. These were the kids I had watched over as they smoked all those years. Now they were grown men working and finishing college.

After we had eaten, I pulled the six of them aside to join me on the balcony. I asked them flat out if providing them with a safe haven for all those years was helpful. They looked at me with incredulity. “Are you kidding us?” they seemed to say in unison. “I don’t know what would have happened without you. We certainly would have gotten into a lot of trouble.” AND, they said, “having a safe place to smoke kept us from situations where we would have experimented with harder drugs.” I hugged each one of them and thanked them for their honesty. Jimmy was right, of course; I was rolling the dice with house odds at best. This time, some of Dad’s luck rubbed off on me as the gamble fell in my favor, as it often did when my Last of the Gladiators was in the house.