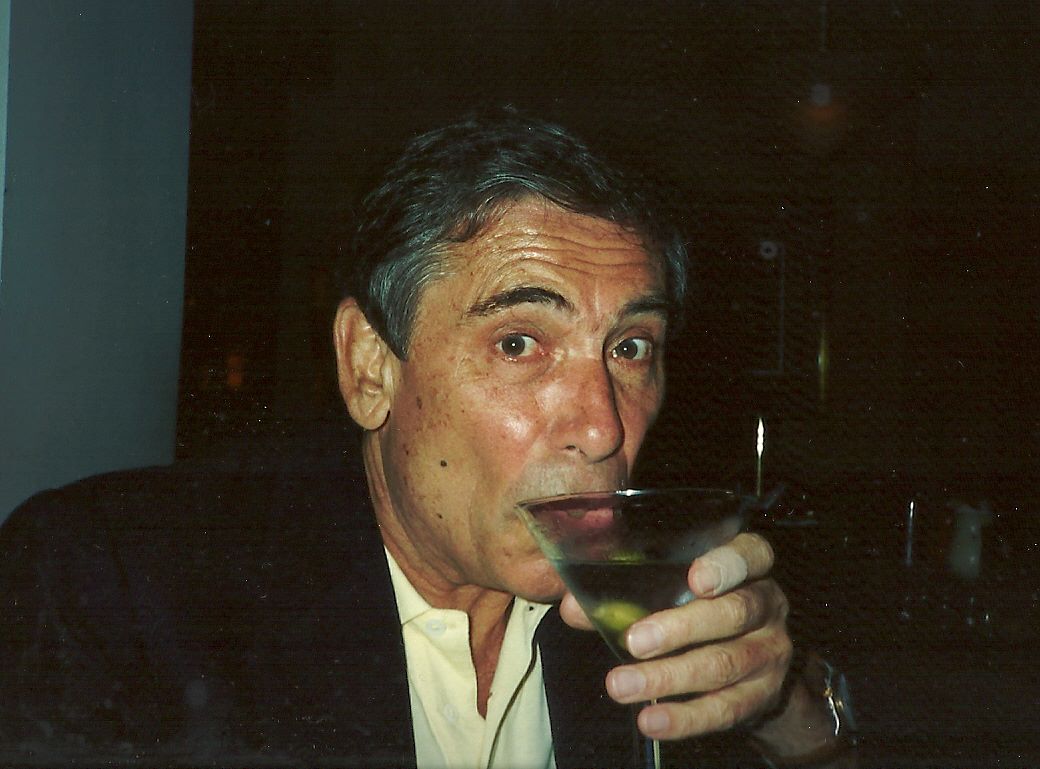 By my late thirties throughout my forties (1994-2004), my company was really cooking. I was working late in MedWorks’ Soho office when the family-only line rings. It’s my mother, worked up into some kind of lather. Ugh. “Hi, Mom. Relax…relaaxxxx. What do you mean Dad is missing? Do you know if anyone is with him? No, but I can guess.”

I listen to my mother’s histrionics, the phone a few inches from my ear. “I’ll tell you what, Mom, I’ll bring him home, but no physical shit. If you leave him alone and let me put him to bed, I’ll get him. Promise me. Promise me, I said. Okay. I’m leaving now.” I grab my suit jacket and scramble out the door.

I race up the West Side Highway at full throttle. I get off at 72nd Street and race across the 66th Street transverse of Central Park. Before long I’m skidding up to Abe’s Steakhouse in the East 70s—Dad’s new favorite place.

Sure enough, there’s my father and he’s with—none other than the crazy-looking fight promoter, Don King. They are both drunk as skunks and are taking turns swinging around a lamp post.

I get out of the car and walk to them slowly. It’s Don’s turn to swing, so my father makes me out when I’m about ten feet away. “Jimmy,” he exclaims, “my son Jimmy,” as if I’ve been lost and miraculously found because of the secret powers of the lamp post.

“Well, hi, fellas. I don’t want to break up a grand evening, but Dad, your bride summons you.” Don begins to laugh that crazy laugh of his.

I introduce myself to Jimmy’s buddy. “Hello, Mr. King.”

“Pleasure, Don. Do you mind if I steal this guy away? The Supreme Court is expecting him in the morning.”

“Your lawyer?” protests the boozy Jimmy. “I’m holding out for Tyson, man.”

They both grab their guts in unison and almost fall to the ground. I have Dad around the shoulders as I walk him to the car.

“Can we drop you somewhere, Don.”

“No thanks, I still have people in the restaurant.” The big white afro disappears through the steakhouse door.

Dad is halfway in the car when he begins to protest. “Hey, let’s grab one last drink.”

“Don’t you have an appearance tomorrow morning? You need your beauty sleep.” Dad is sullen. He hates party poopers.

When we pull up in front of 791 Park Avenue, Carlos is on duty. He is good and strong and helps me get Dad to the elevator. As we approach the twelfth floor, all is quiet until the door opens into the vestibule of the apartment. Mom is waiting. I grab Dad, trying not to trip over the giant ceramic elephants my mother loves so dearly, but it’s too late. She’s on him in a flash—fists flying and bouncing off Dad, who doesn’t even raise his arms.

I protest. “Come on, Mom, you promised,” but the blows keep coming. I slowly lead Dad toward the master bedroom as Gayle continues to pummel him, mainly in the arms and chest.

Finally she tires and I get Dad to the bedroom and lock the door. Mom bangs at the door twice, then leaves. I get my father’s suit jacket off as he begins to fall on the bed. I make sure he’s away from the edge of the bed, take his tie off, unlace his shoes, and remove them, unthread his belt, release his pant buckle, and open his shirt buttons. I fold everything neatly on a love seat, get three Tylenols (which I know already he won’t take) and a glass of water from the bathroom and put them on Dad’s side table. I kiss him on the cheek and sneak quietly out the bedroom.

Mom is nowhere to be seen. I sneak into the vestibule, overjoyed to see that the elevator is still on our floor. It closes behind me like a jailhouse reprieve, and I race back downtown into the night, rescue accomplished.